Söderåsen national park is a 1625 acre national park close to Ljungbyhed in Skåne. The area has deep rift valleys and beautiful deciduous forests. There are lots of trails in the park, and SL3, section 4 and section 5 of the 1000 km long Skåneleden goes through the park.

In the park you’re not allowed to camp other than on the designated campsites at Liagården and Dahlbergs, where there are huts with beds, free of charge. There are also toilets and fireplaces scattered throughout the park. 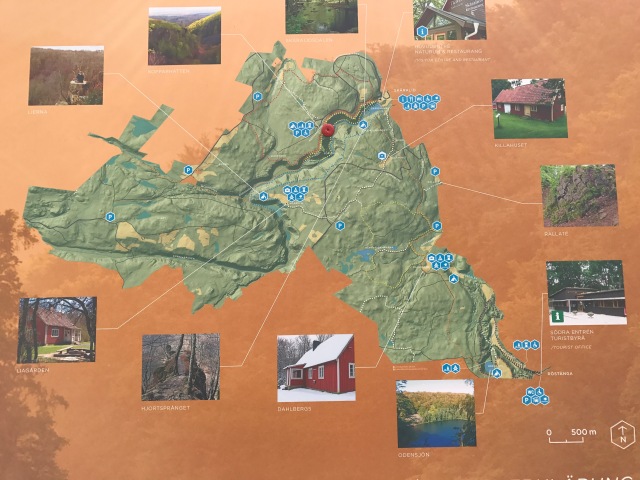 Last weekend I drove to Söderåsen with my wife and daughters. Our first plan was to do a car camping trip, where we would hike in a circle and then set up camp near the car. The forecast predicted lows around freezing, and my wife didn’t want to have the first tent night with our youngest in those temperatures, so we ended up doing a day-hike instead of an overnighter.

The weather report had switched back and forth between sunny and rainy the entire week, but when we drove the two hours from home to the national park, the skies where covered in clouds. When we had only 15 minutes left it started to rain, and by the time we got to the parking lot it was pouring down. We thought about keep on driving to Kullaberg nature reserve instead, but after a short while, the rain subsided.

We put on our packs and started hiking. The skies cleared up fast, and by the time we had climbed the first hill, the sun was shining. We had lunch on the ridge and tried three different flavors of Knorr Spaghetteria. On their new ones you only have to add boiling water, as opposed to the old ones where you had to boil them for 7 minutes. For a price of 15 SEK /$1,5 they were a lot cheaper than your regular freeze-dried meal. You need two of them though, as the portions are rather small but it’s still a lot cheaper. 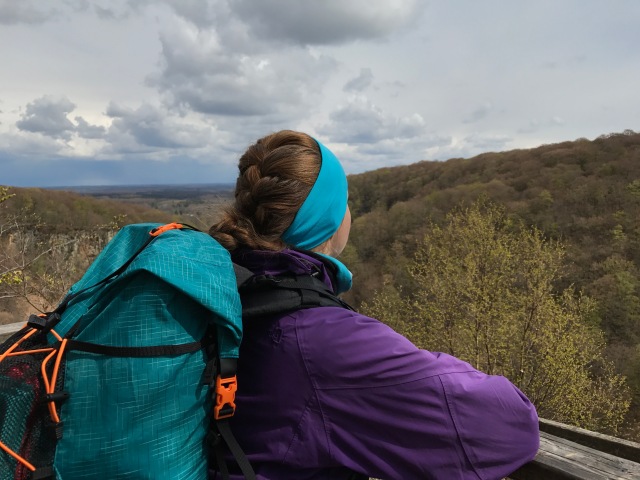 Despite being relatively close to home, I’ve never been in Söderåsen national park. There was quite a lot of elevation, and the highest peak in Skåne is here, at the modest height of 212 meters. It doesn’t sound like much, but in a relatively flat landscape it feels higher.

We followed the ridge along the edge all the way until we dropped down between two ridges. Our trail connected to Skåneleden and we passed a bridge over a creek that runs through the park.

We did some Geocaching, but didn’t pass that many on our hike. We followed the creek for a while before we crossed the creek again and hiked up on another ridge and passed Liagården shelter area. It was only April, but there where tents scattered over the entire area. The fireplaces were burning, and the lean-to shelter filled with gear. In peak season it could be hard to find room for your tent.

We didn’t stop at Liagården, but continued on the ridge back to towards the car. We where all starting to get tired, and hiked back to the parking lot without many breaks.

Söderåsen was a beautiful place, but its proximity to the Malmö/Copenhagen-area makes it an well visited area, and even in April it felt crowded at times. I will get back here though, as I’d like to see the area in autumn colors. But I’ll probably try to find a campsite outside of the parks, where you could get more privacy.

The trip also served as a test run of my wifes 3F Ul Gear backpack that we bought from Aliexpress. It worked good, but using a frameless pack do require more care when packing. But it should be good for weekend trips.